Many people are defrauding people claiming to be Amel Soname magician or Amel Soname Healer and giving out phone numbers, making websites using the words: Amel Soname, creating emails, and social media accounts using Amel Soname . Social media is being used to spoil my name.I am NOT associated with these people who are claiming to be amel soname in any way or with those people who are running spiritual offices and asthana in the name of amel soname.If you have any questions or concerns, Amel Soname does not talk over the phone at all. You can contact amel soname through email ONLY. your questions will be answered on a first come first served basis. No other email address is valid to communicate with me except for amel_soname@yahoo.com.

This is not our website www.amelsoname.com , i am not associated with this site

Assalam oalaikum,
As I have mentioned in my earlier post, “The specific parts of the month and specific days for doing amals” each day of the week has its own unique characteristics or taasir in amalyaat. This taasir is the result of the Moon’s mansions because Moon plays a very important role in our solar system. The 28 letters of the Arabic huroof (alphabets) and the symbolic meaning of the Moon in Islam impart the Lunar Mansions a particular importance in Arabic astrology.
Each Lunar Mansion
marks the distance traveled by the Moon in one day. The Moon travels through its 28 mansions in around 28 days. The Moon’s sidereal revolution is of 27.32 days. So the number of the Lunar Mansions has been approximated as 28 in the Arabic system. The Moon’s sidereal period is the measurement of the motion of the Moon around the Earth relative to the distant stars. In other words, the sidereal period of the Moon is the time required for it to return to the same position against the background of stars. Since, the Moon seems to move completely around the celestial sphere once in around 28 days (as observed from the Earth) so this is known as a sidereal month.
Before starting any amal one should observe the mansion of the Moon and what is its effects. Then the amil should note if the effect is compatible with the nature of his amal or not.
For ex: if an amil decides to perform an amal for enmity between two people on a Tuesday and on that day the mansion is of Awwal-sharteen, then this mansion is compatible with the aim of the amal and therefore the amal will be successful.
Most of the amils use the method of finding the Arabic alphabet that is associated with a specific lunar mansion of a day and then perform the amal to achieve their aim. For ex: If they do the amal with the alphabet Alif, then they can utilize the effect of alif for creating dissent and enmity between people. 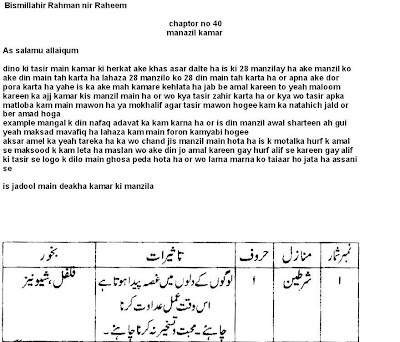 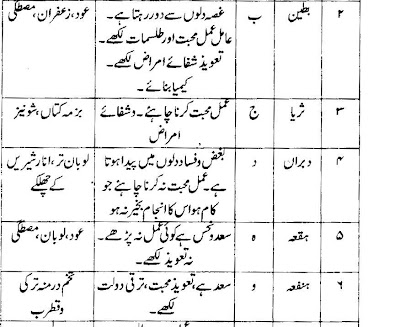 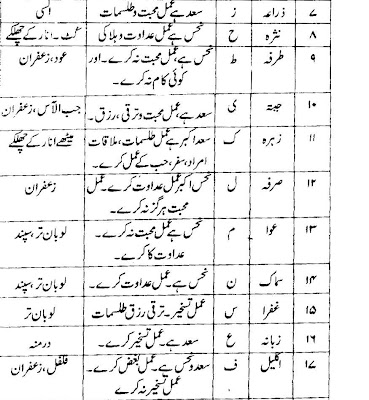 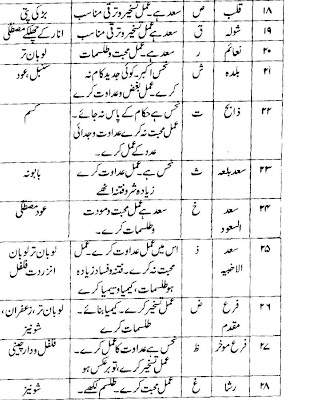 If you have any question contact me directly on my email. No other type of  help support or email support is valid to communicate with me. this is my email address

Remember me in your prayer
amel soname
amel_soname@yahoo.com